Posted by Pamela Moran on Tuesday, 18 November 2014 in ABCs of the PSI World 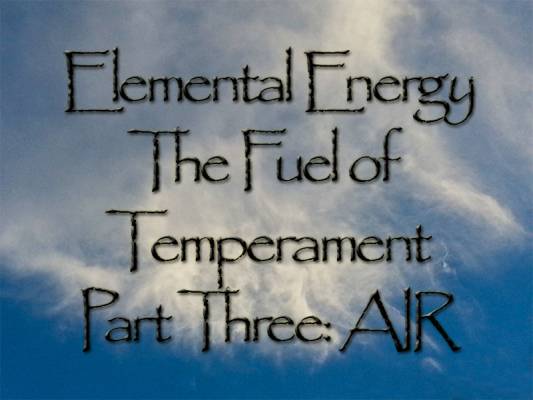 Air signs (Gemini, Libra and Aquarius) are the mental signs of the Zodiac, the ones who most live in their heads. Abstract thinkers, on the whole, they thrive on ideas and what ifs and plans and … and …. Air signs hate being bored. Despise it. Can’t handle it. So it’s probably good they’re so clever at entertaining themselves. It’s that mental, Air thing. The mind’s always working.

And because that mind is always working, they do make great conversationalists. There might not seem to be a lot of depth, especially with a Gemini, but the dialogue won’t be boring and will probably cover a lot of different subjects. And I’d wager a bet they’ll leave the conversation knowing a lot more about you than you realize. They’re sneaky that way.

Gemini, the first of the Air signs, is also the Mutable Air sign. Changeable and often times indecisive, they’re adept at seeing both sides of any argument and this makes them difficult to pin down on practically everything. Their heads are in the clouds, flitting from one thought to another. Chasing down that spectacular idea only to abandon it for something more interesting. Gemini thrives on talking, on the exchange of thoughts, on what’s happening in their corner of the world. Need to know what’s going on in the neighborhood? Ask a Gemini. They don’t know strangers. Just don’t ask that Gemini to make a decision. Or rather, to stick to any decision you did get them to make. Changeable, remember?

Libra, as Cardinal Air, is the most volatile of the three Air signs, yet Libra is the sign of balance. In almost everything they do, they seek balance. They are the ones most likely to understand design, color, interior decorating, what is appealing and the why of it all. Why. Why. Why. To understand what it is that brings balance. Externally and internally. That is perhaps their biggest secret. Not that they espouse balance or even embrace it, but that in seeking to understand it, they can somehow find it within themselves and be whole.

Aquarius, being Fixed Air, is probably the most steadfast of the three air signs. The most stubborn (there’s that Fixed modality again), and at times considered the most genius of the three for their uncanny ability to pluck stuff seemingly out of thin air. Hyper-cognitive, it’s as if their minds are working so fast they can’t completely articulate just how they arrived at their conclusions, but they utterly and unerringly believe in their own accuracy. Did I mention stubborn? Have you ever argued with an Aquarian?

In ELSIE'S SECRET, the first novella in the PSI world, Bastian Alexander, a Libra, has been using work as an excuse to short-change his personal life. After all, as a top-secret agent for the PSI, it’s hard to be fully engaged in any kind of relationship. Elsie, on the other hand, fully engaged her heart. And that’s in spite of a secret to rival Bastian’s. She has effectively held up a mirror to show just where he’s lacking in balance. He walked away once. Can he find it in himself to stay, this time?

Then we get to Rhys Blackthorne, Aquarius extraordinaire. His story hasn’t been written yet, although he has been introduced in book one of the PSI Sentinel Darkwater Guardian stories, DARKWATER ECHOES. His interests are wide and varied, his mind is nearly always in overdrive and he’s made mental leaps and connections that have stood him well in taking a small pharmaceutical company on the edge of bankruptcy into international waters. Stubborn, he’s done it all without help from a grandfather who would like nothing better than to groom his grandson in his own image to take over his own empire. An empire Rhys wants nothing to do with. Did I mention stubborn?

And there's Gemini. At the moment, there aren't any Gemini heroes or heroines in the PSI stories, although there are several secondary ones. Mutable and changeable, they’re interesting, engaging, and fun to write. Without their little nudges, the main characters in their stories would be lost and floundering. I have two favorite Geminis, Amy in STOLEN SPIRIT, and Rosie in DARKWATER ECHOES. Amy is chatty, quick on sympathy and when Jake Carrigan (hero) leaves the medical office where Amy works, she knows more about him than he ever meant for her to know. Rosie, now, she’s a ghost. She’s willed her tiki bar in Key Largo to her granddaughters and the place is still as much a hub for the neighborhood now as it was when Rosie was alive. And Rosie’s still as curious about everyone and everything.

How does AIR manifest in your life? That woman (or man) who's always in the middle of all the drama in the neighborhood, or who knows all the gossip, does she have a strong Gemini influence? Can you tell a Libra from an Aquarian?

Are you looking forward to Water? We'll tackle all those emotional signs next!

Tagged in: ABC Archetypes Astrology Elements Modality
Pamela Moran
Whether painting, out on a photo shoot or writing, Pam has always had a bend toward the creative side of life. Her favorite is when she can combine any of those with travel. Places get into her blood and she loves to explore the possibilities, always with characters and a story in mind.

An astrologer for most of her adult life, Pam has been known to see auras & the occasional ghost. Considering she lives in a haunted house in the mountains of southern California, this keeps life interesting.
http://www.PamelaMoran.com